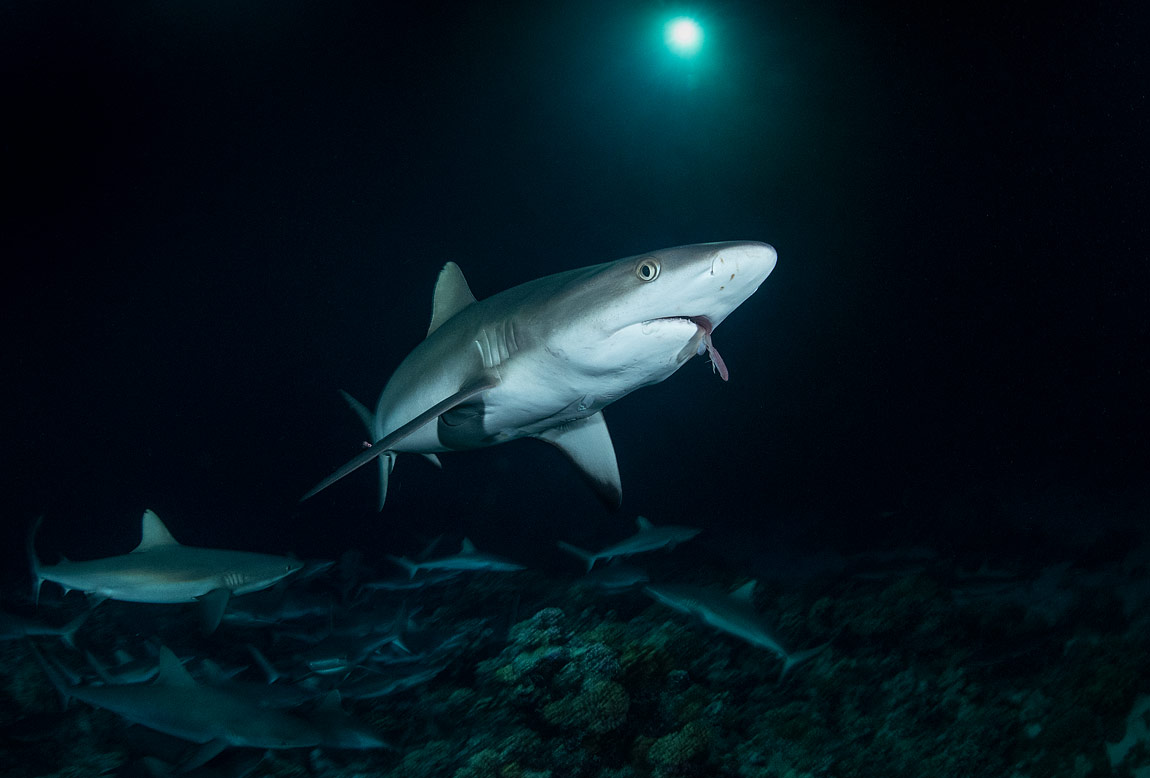 Share
Facebook Twitter LinkedIn Pinterest Email
Diver and underwater photographer, Richard Barnden, shares how his career has led him to being named Underwater Photographer of the Year 2019, for his dramatic image of a group of grey reef sharks devouring a parrotfish
Richard Barnden

I grew up in England and started working for a mainstream financial institution, with the hope of, one day, taking over my father’s business as a Financial Advisor. I was always drawn to the ocean, in fact some of my earliest memories are walking along the seafront, near Brighton Pier. As I got older, and realising the struggles of adult life, I would often still stroll along Brighton beach after a long day at work, gazing out at the ocean and wondering if this really was my calling.

It so happened that my girlfriend at the time was just finishing her degree in conservation and came up with the idea to enrol in a non-profit expedition to Fiji to do scuba diving, combining some marine conservation projects. I had never really heard much about scuba diving, only having seen it a few times on television, but the thought of traveling to a remote island to try something new excited me.