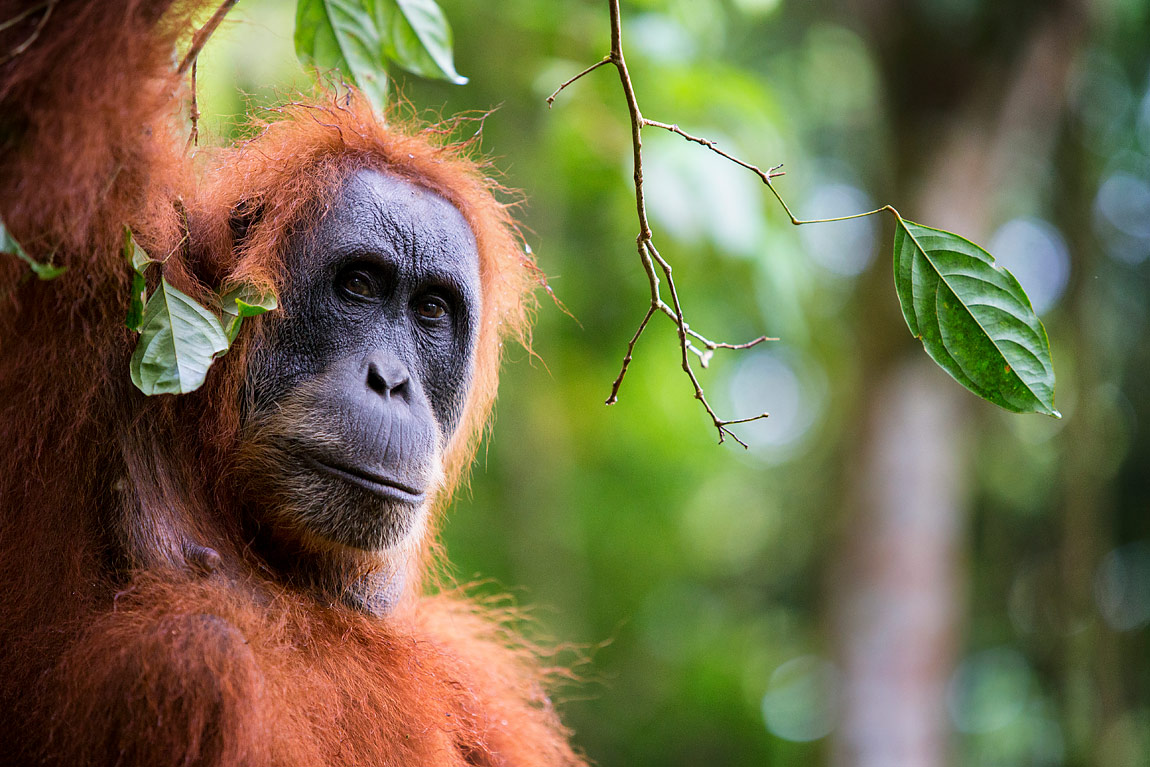 Share
Facebook Twitter LinkedIn Pinterest Email
They say a picture is worth a thousand words, and one wildlife photographer aiming to create such powerful context in his imagery is Matt Stirn. Here he treks through dense jungle to photograph Sumatran Orangutans while exploring the conservation efforts being made to save this iconic species
Matt Stirn

We had been trekking for nearly two hours, trudging along a muddy trail, and climbing high into the jungle. The air was thick and heavy, lightning flashed in the distance, and Gibbon calls echoed across the canopy. I’ve always loved storms in the jungle, the deafening sound of water falling through the trees, the way you can hear them approach from a distance warning anything that hops, walks, slithers, or flies to find cover. As the drops began to fall, we covered our cameras and began to trudge back to the eco lodge, finishing our second day working in Gunung Leuser National Park. Just then, as we turned back, we found our way blocked by a large male Orangutan.

This large fellow was not familiar to our guides, and had, most likely, come from far away in search of a mate. Both parties were awe-struck, staring curiously at one another for nearly ten minutes. As our standoff dragged on, the Orangutan noticed a bunch of figs that were far more interesting than ourselves and climbed high above us for a snack. We carried on towards home, silently reminiscing on the encounter we had just had. Soon, I heard leaves begin to shake above us.