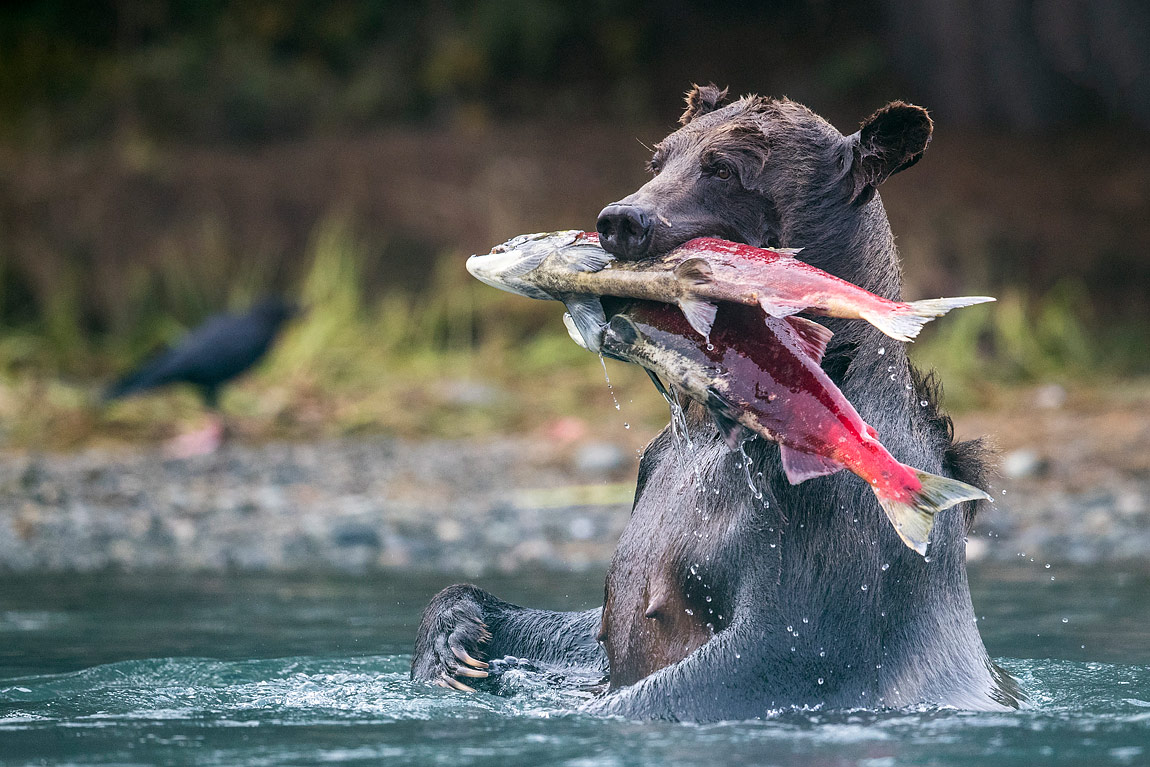 Photographing Bears In The Wild

I first visited Canada’s only grizzly bear sanctuary, the Khutzeymateen, in the spring of 2012, intent on finding for myself a massive, male grizzly bear; the kind that usually only get seen on Alaska’s Brooks Peninsula, or perhaps in the Kamchatkan wilderness in Russia.

The Khutzeymateen was established as a grizzly bear sanctuary and class A provincial park in 1994, making it the first area in Canada to be protected specifically for grizzly bears and their habitat. This spectacular, mountainous, coastal wilderness, located north of Prince Rupert, British Columbia and just south of the Alaska Panhandle, has been protected for so long that even the most dominant male bears have never been shot at or hunted. Because of this, most of them have not developed a fear of humans. If I couldn’t find them at the core of an area protected since 1994, then I didn’t know where else to look.