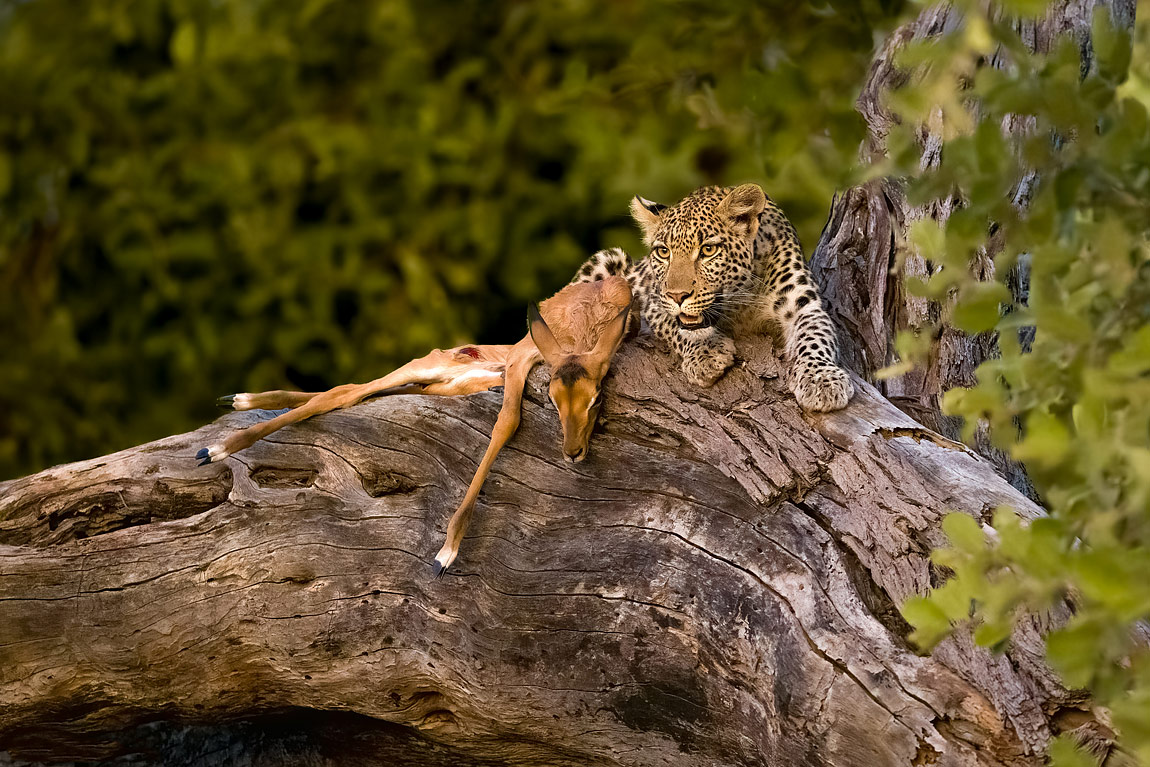 We were travelling in the Khwai Reserve and had spotted a female leopard when we received a radio message that a young leopard had captured an impala fawn. We were quickly at the scene.

The fawn was still alive; the young cat didn't quite know how to kill the poor thing. Hunting was one thing, and killing was another.

We were able to watch the drama for 90 minutes, and in the end, the cat dragged the antelope, which was still alive, onto a tree trunk.