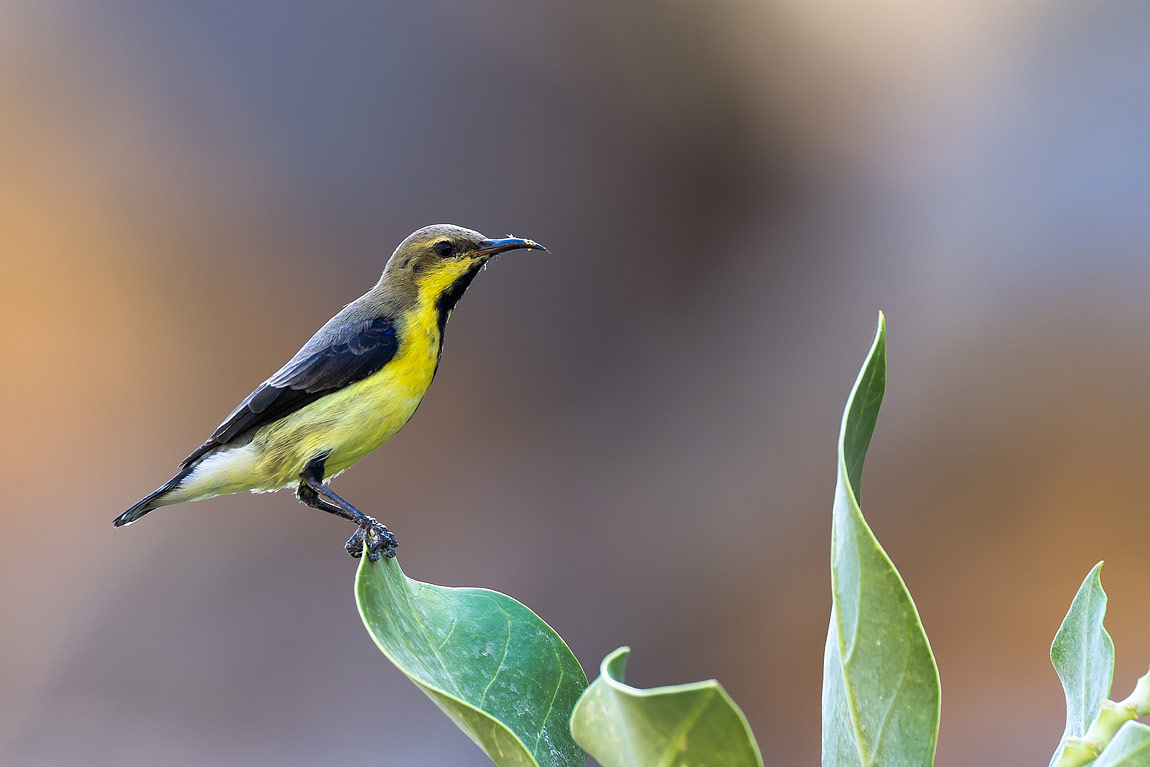 Purple sunbird (Cinnyris asiaticus): non-breeding plumage. A small bird in the sunbird family, found in South and Southeast Asia and also in the Arabian peninsula. They feed mainly on nectar but are insectivorous during the breeding season.

They hover for feeding but often can be seen perched at the base of the flower. Here a male purple sunbird in non-breeding plumage is seen perched on a Calotropis procera plant which is used by traditional healers. Photographed in Ibri in the Sultanate of Oman.