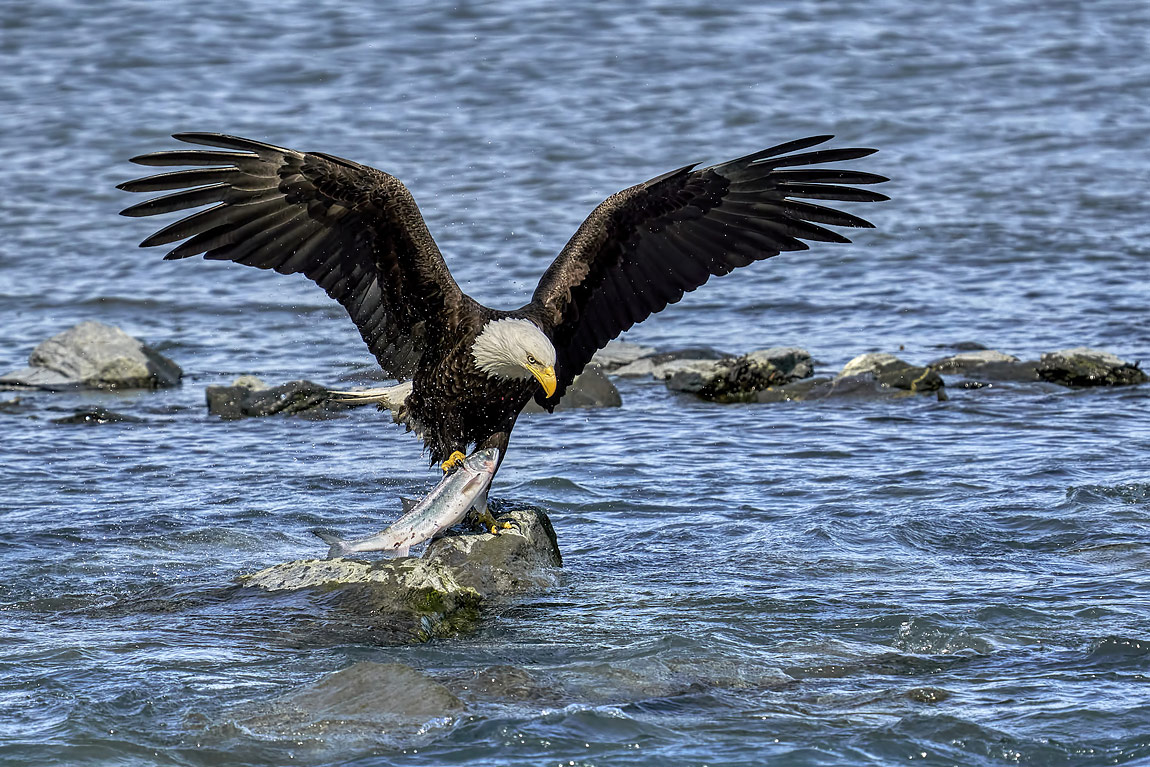 I saw this Bald Eagle land on a rock in a fast stream that flows into the bay and it started eyeballing spawning salmon. I focused in on the eagle in anticipation that it might try to catch one of the salmon and it payed off. The eagle dropped into the water next to the rock and came up with a salmon.

It managed to get back up on the rock with the salmon in tow but it was quite a battle as the salmon was thrashing around very hard and it probably weighed as much or more than the eagle. Eventually the salmon quit thrashing and the eagle flew off with it to some nearby rocks where it had more room to eat it. I held the shutter button down during the whole thing and picked out 14 of the images for a sequence of the catch which I titled "Fish Onboard". This is the 7th image of that sequence.