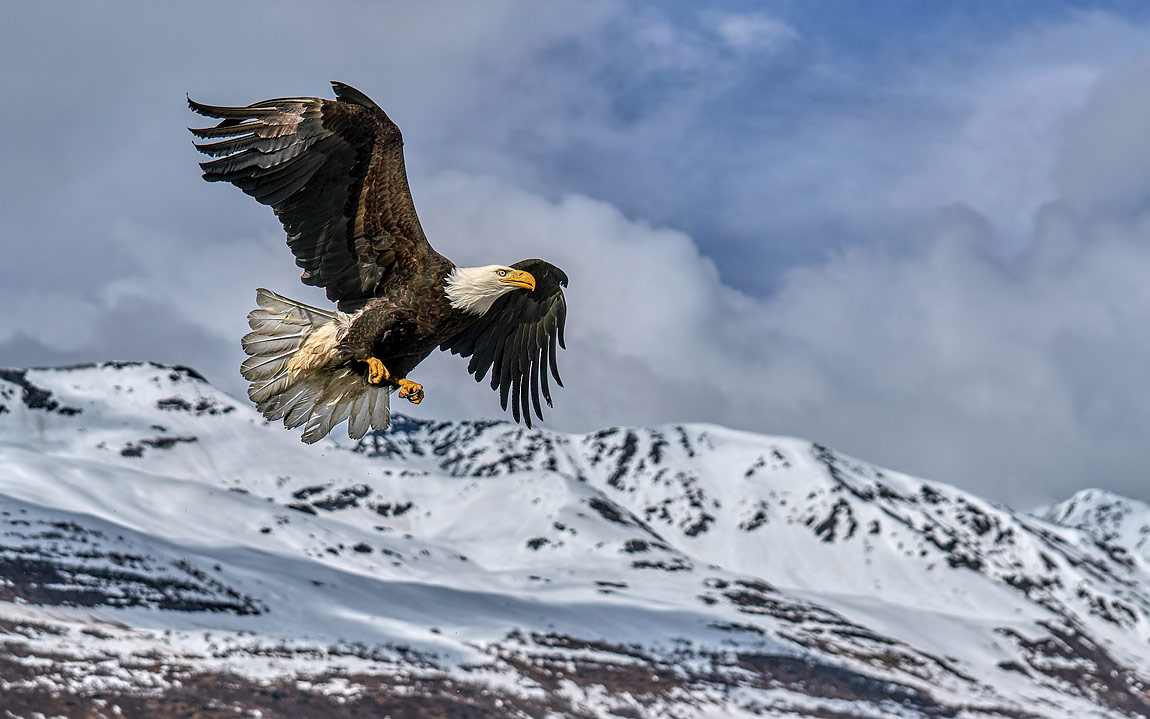 It was early Spring at Valdez, Alaska and I was at the tide flats during low tide. The Bald Eagles were hunting for fish and since the salmon weren't running yet, they were settling for the early run of herring and hooligan. They were flying directly over my head as they approached and left the tide flats so I had lots of opportunity to get photos if I was fast enough.

I positioned myself so that the still snow covered mountains were a background for the eagles that were approaching. Since they were coming by quite close I didn't need my big lens and settled on my Sony FE 70-200 f/2.8 GM which gave me more light and consequently a faster shutter speed. This shot is just one of many that I took that day. The combination of the majestic eagle and the majestic mountains inspired the title "Spring Majesty".