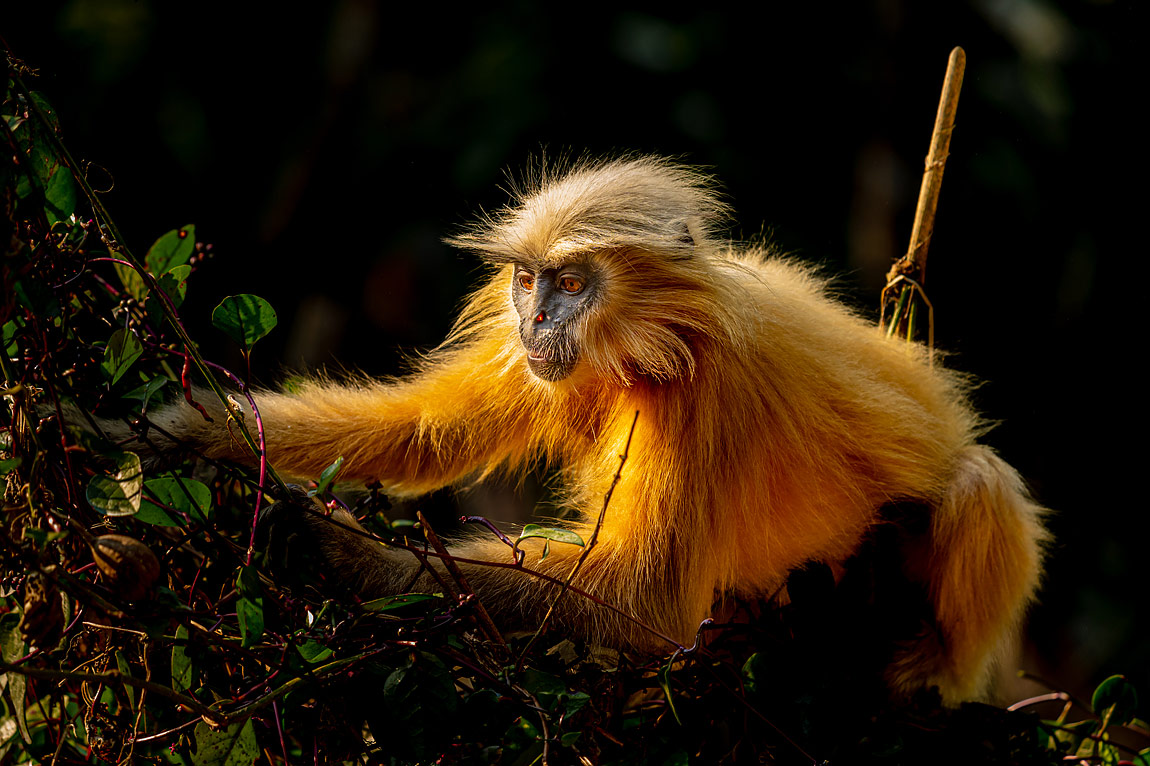 The Golden Langur or Sonali Bandar, as called by the natives of a small village in western Assam, India and foothills of Black mountains of Bhutan is an endangered species of old world monkeys. It lives in high trees and has a herbivorous diet of ripe and unripe fruits, mature and young leaves, seeds, buds and flowers.

The average group size is eight individuals, with a ratio of several females to each adult male. It is one of the most endangered primate species of India and Bhutan. During morning hours large groups of Golden Langurs invades the agriculture of the village for food and the locals appreciate it. Due to the unique human animal acceptance shown by the locals of western Assam, India, a mere 7000 individuals are still breathing in world.

I visited the small village under the foothills of Kakoijana Mountain to catch a glimpse of the beautiful creature which is in the verge of declining numbers. With my Sony A7iii and Sony FE 200-600mm f5.6-6.3 lens I captured the portrait of the langur.