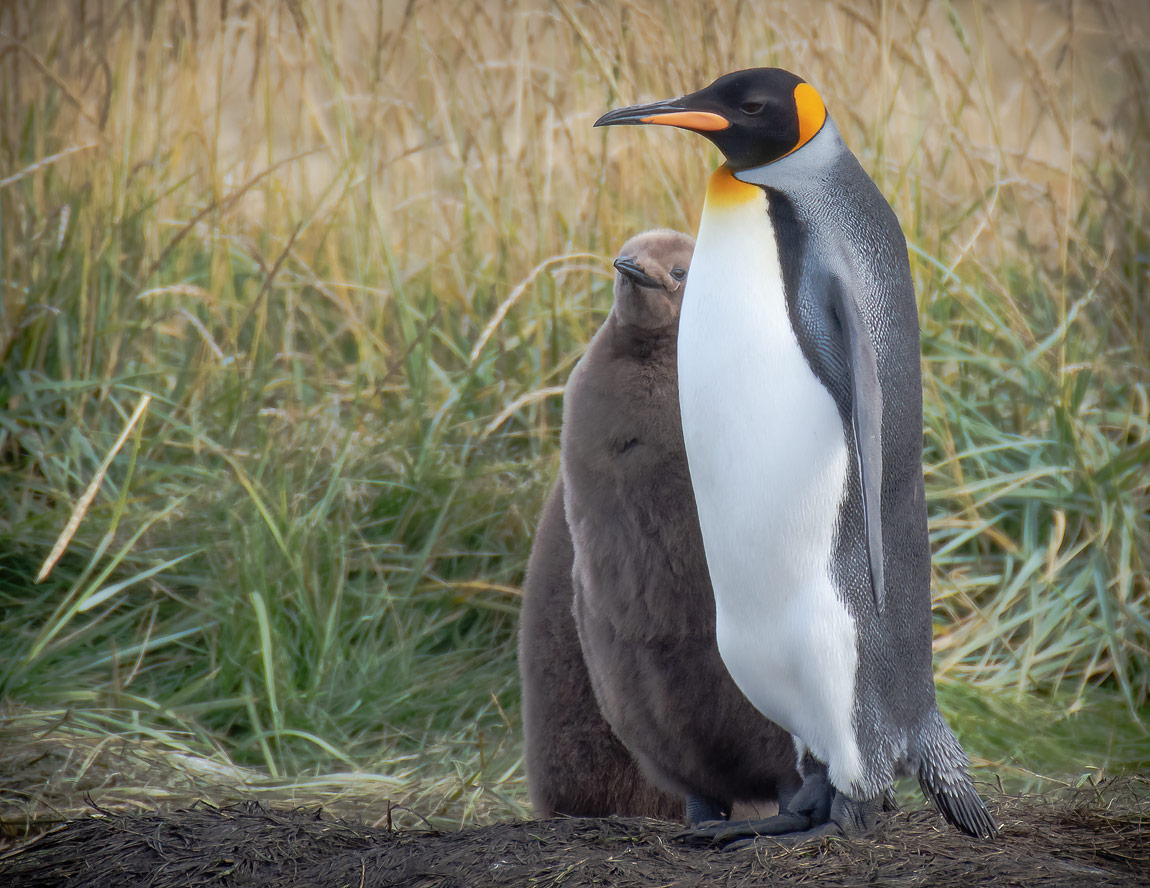 While in Chile visiting Patagonia, I took a ferry across the Strait of Magellan to Tierra del Fuego to photograph King penguins in Bahia Inutil. This is the only colony of King penguins in South America. King penguins are the second largest penguin species after Emperor penguins. They have the longest breeding cycle of all penguin species lasting about 16 months. Chicks are born around January and are almost fully grown by April, when this photo was taken. They are, however, still dependent on their parents for survival until around 13 months when they lose their down and grow their waterproof feathers.