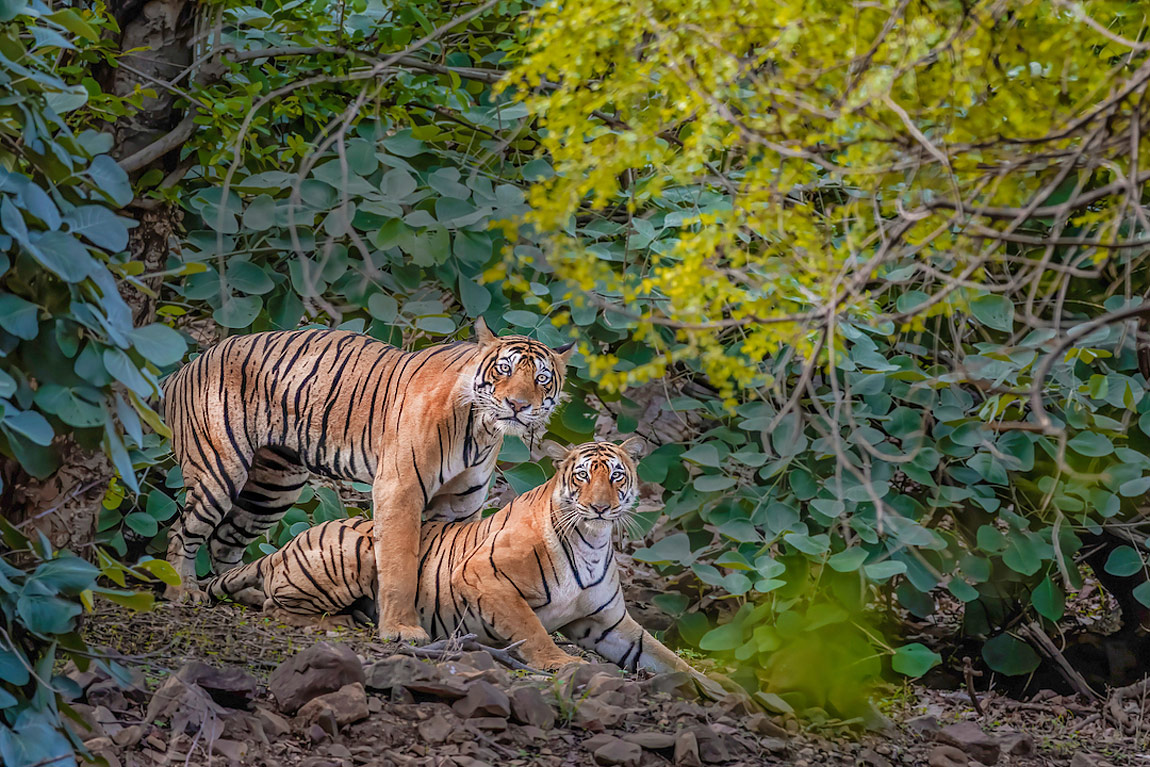 The mating rituals of big cats were shrouded in mystery for the longest time, as they usually pick secluded regions within dense forests for mating. Tigers can mate at any time of the year. Before they enter the oestrus phase, female tigers mark their territory with urine that leaves a distinct smell, thereby signalling to the male. Once they are in heat, they call out to the male tigers using vocal cues such as roars and moans. Courtship rituals involve both the sexes moving around in circles and growling at each other. This photograph shows the initial phase of mating moment.