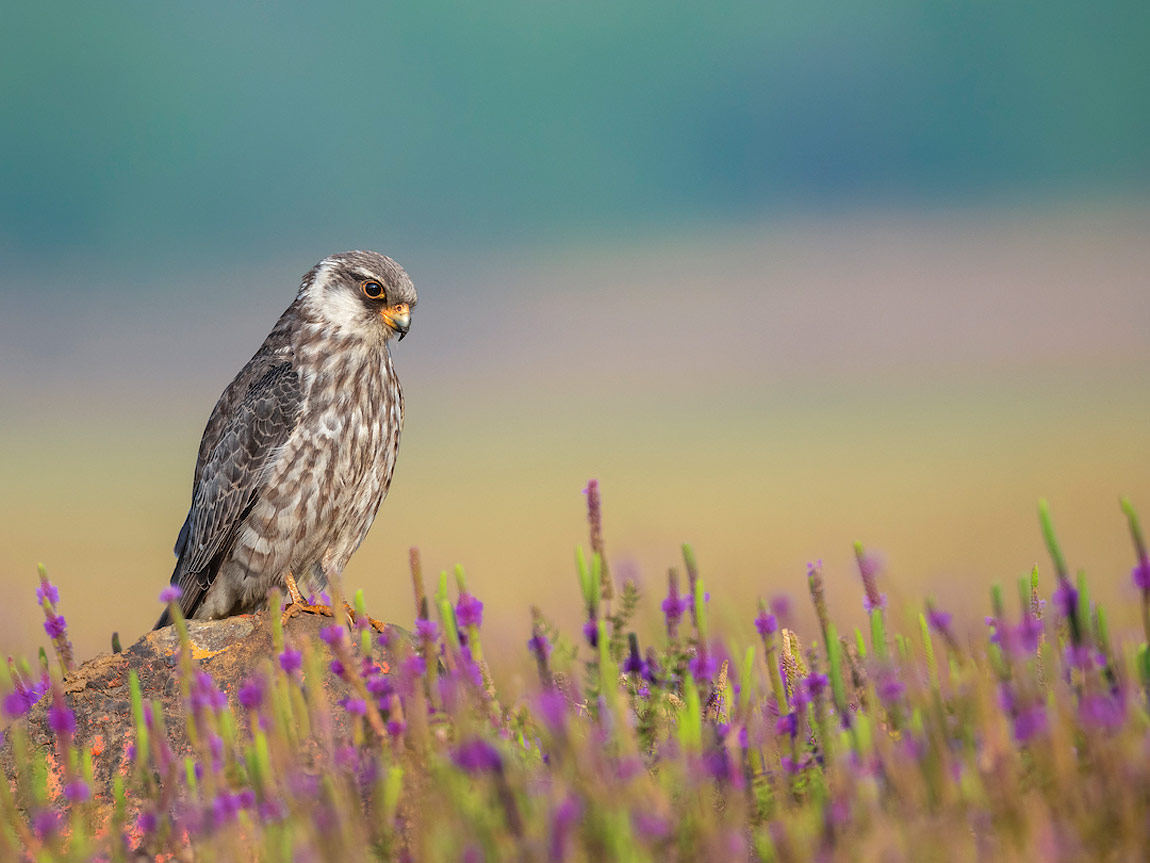 Amur Falcons migrate a long distance during winter to migrate to South Africa from Northern China. On the longest way of migration they sometime halt in India. After a long time, Amur Falcons has made a small halt in Lonavala, India.

When I heard about this I decided to go to the place and take their pictures. On an afternoon I went to the grassland of Lonavala where the birds were seen. I had to scan the large beautiful grassland to spot them.

There were 2-3 females I spotted. I followed one of them who were busy in killing insects on ground. She rested on a small rock. I crawled on ground towards her with my camera in hand. She was scanning the area with her sharp eyes.