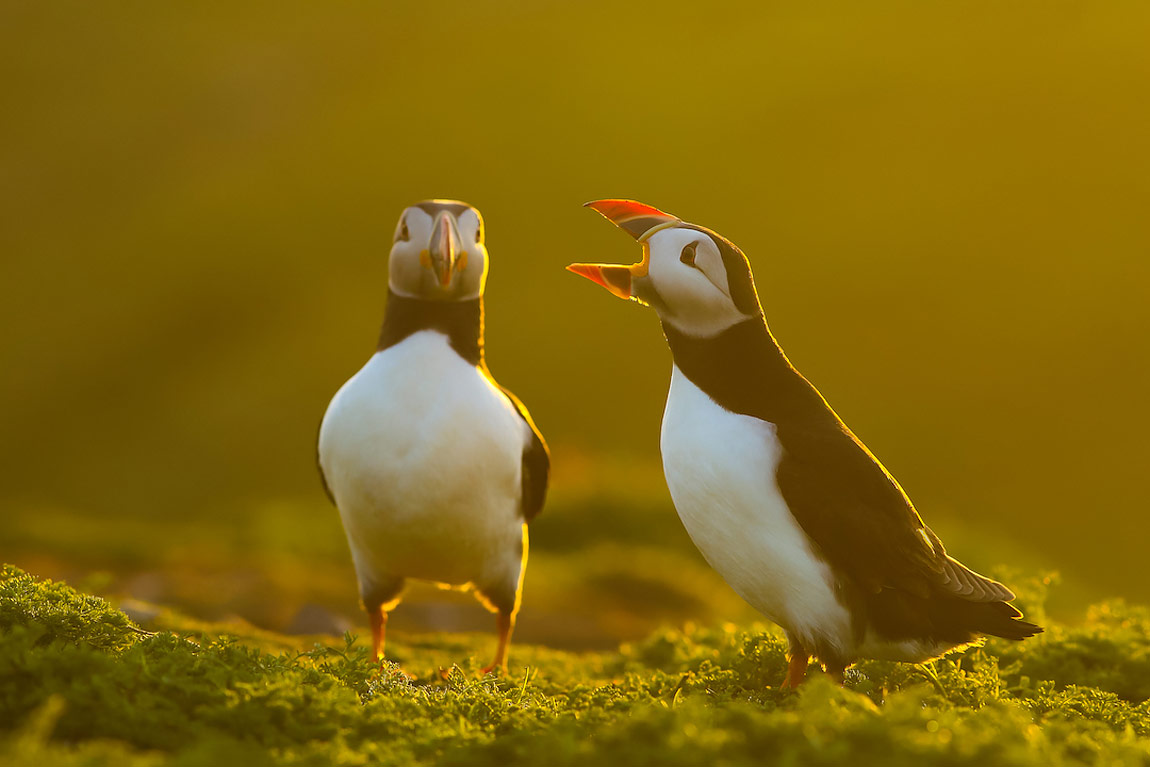 Thousands of Atlantic puffins (Fratercula arctic) breed on the cliffs of Skomer Island, Wales, United Kingdom. A lot of puffins are bonding on the nesting site. Couples have been living apart for nine months at sea before they meet again. The meeting can be really emotional: they tick their beaks against one another, will sit and stay still with their heads against each other and they seem almost humanlike in greeting their mate.

It is stunning to see the puffins busy: fishing, nesting, grooming, and resting. Intruders will be met with loud, grumpy noises. Also a display of opening and closing ones beak over and over again is an act of marking a territory as nesting ground. I even saw them fight gruesomely. When the golden light of the evening set in, it was magical! All was aglow with the last rays of the Sun.

I stayed together with photography friends on Skomer Island for 3.5 days. We had to leave earlier than expected due to a huge storm coming in within hours. On Skomer you have to provide for yourself, taking food and provisions with you. We might get stuck there for a week if we hadn’t left – risking loosing out on drinks and food. This was a hard choice to make because the island is really overwhelming, in the most wonderful way imaginable. I still relive it sometimes when I look at the images that have gone with me on that boat back to the mainland… June 2019.